“If you want to invest in global food security, in preventing hunger in all corners of the world, then invest in Latin America agriculture,” states Luis Alberto Moreno, president of the Inter-American Development Bank (IDB) in a report highlighting Latin America’s potential to “feed the world”. According to the document, addressing humanity’s great challenge (basically, to feed a rapidly growing global population without expanding farming into sensitive areas or compromising on quality) is going to be the continent’s great opportunity. And technology has a lot to offer Latin America in its crusade.

“The potential of AgTech (agricultural technology) is absolute. We won’t be able to produce the food we need in a sustainable way without using these new technologies. It is going to be unfeasible,” says Professor Mateus Mondin, researcher at Esalq, a Brazilian college of agriculture founded in 1901 and ranked recently as the fifth best college of its kind in the world.

Latin America has a third of the world’s fresh water resources and more than a quarter of the world’s medium-to-high potential farmland. As a whole, Latin America is already the largest net food exporting region in the world. Brazil alone is the world’s largest exporter of different commodities, like sugar, coffee, orange juice, soybean and chicken meat according to the country’s Ministry of Agriculture.

“Brazil can take the lead,” says Mondum when I ask about the impact of technology adoption in a country where agribusiness represents 20 per cent of GDP and half of exports.

“We will have a competitive advantage in the commercialisation of commodities. We are going to be able to offer a commodity with better quality, lower cost and, above all, with appeal on the issue of sustainability.”

“For example, we know that the world’s largest consumption of water is not located in urban areas; the largest consumption is in farms, for irrigation. And today we already have technologies that show us when to irrigate, in which quantity, resulting in savings of 60 per cent to 70 per cent in the use of water. This is quite something.”

Agrosmart is a Brazilian startup focused on irrigation control. Founded in 2014 by a young female entrepreneur, the company promises savings of 60 per cent in the use of water. By using sensors on the ground, its platform is able to monitor environmental variations such as rainfall and soil moisture, resulting in a report with recommendations of when to irrigate and how much water to use. The platform also gives the farmer information about the propensity of pests and diseases in the area.

In a business where decisions are still often made on intuition, past experiences or even by watching the behaviour of other farmers, collection and analysis of Big Data promises to revolutionise production.

“Agriculturists do like technology. But yes, there is a cultural issue when adopting technology because the agribusiness is marked by risk; you are at the mercy of the environment. So if the farmer doesn’t feel safe, doesn’t realise an immediate monetary return, he will probably take some time to adopt this technology,” Mondin says.

“You have to test this technology, sometimes in different agricultural cycles. And depending on which crop we are talking about, the cycle can take up to a year.”

Professor Mateus Mondin is also the president of the incubator EsalqTec. Connected to the agricultural college Esalq and based in Piracicaba, a two-hour drive from the city of São Paulo, the incubator is one piece of a broader strategy to transform Piracicaba into a kind of Silicon Valley for the agribusiness. EsalqTec has helped startups such as Agrosmart to develop its technology.

Just as happened in the Silicon Valley, the research and knowledge generated at the Esalq college is essential to the creation of an ecosystem for innovation.

“We are in a region with strong agricultural production,” Mondin says. “In this region, we also have at least 60 startups in the AgTech scene. All this creates an ecosystem that is analogous to the one you find at the Silicon Valley with Stanford. Our greatest differential is that we have an ecosystem for the AgTech sector specifically.”

Enthusiastic and confident, Mondin says Brazil is already taking the lead not only in the production of commodities but also in the development of technology for the sector. 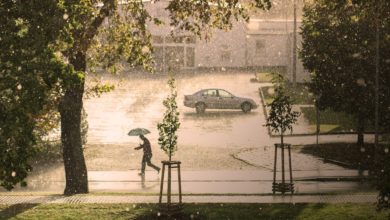 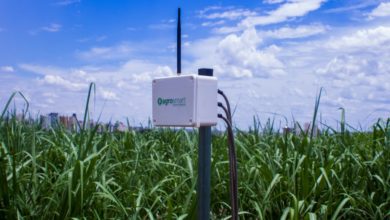